In a case that epitomizes Chicago’s decades-long legacy of police framing Black youth for crimes they didn’t commit, police perjury, and the destruction of exculpatory evidence, all while allowing serious crimes to go unsolved, this morning Arnold Day sued the City of Chicago and the notorious CPD Commander Jon Burge’s close police colleagues in federal court.

One of the officers, Kenneth Boudreau, was involved in cases of at least 16 exonerated Black men who collectively served hundreds of years behind bars for crimes they didn’t commit. Suits arising out of these wrongful convictions have already cost the City of Chicago approximately $32 million in settlements and court verdicts. Since 1986, no fewer than 70 cases have come to light in which Chicago police officers fabricated false evidence or suppressed exculpatory evidence to convict innocent people for serious crimes they did not commit. 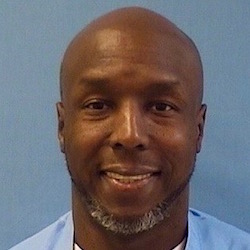 Arnold Day and his attorneys will speak at a 1 pm press conference today at the offices of his attorneys, Loevy & Loevy Attorneys at Law, 311 N. Aberdeen Street, 3rd floor, Chicago.

In 1991, within four months of each other, two unrelated murders were committed on Chicago’s south side. Jerrod Irving was the first murder victim. Although there was no physical evidence linking Mr. Day to the crime and officers located no witnesses who identified Mr. Day as being involved in the murder, officers worked to frame Mr. Day for Irving’s murder by withholding exculpatory evidence from Mr. Day’s attorney.

Rafael Garcia was the second murder victim. A witness identified two people, as the assailants. Neither one of them was Mr. Day. Again, officers worked to frame Mr. Day for Garcia’s murder by withholding exculpatory evidence from Mr. Day’s attorney.

According to today’s suit,

Having “solved” one murder, the officers moved to “solve” another one. They coerced another person, Ralph Watson, into writing a false statement identifying Day as Jerrod Irving’s murderer.

On the morning of February 4, 1992, officers burst into 18-year-old Day’s basement bedroom with guns drawn as he hid underneath his own bed, face down, dressed only in boxer shorts. Pointing their guns at him, the officers flipped over the bed and even though he wasn’t resisting, kicked him in the head. Day denied knowledge and involvement in the murders.

Later, at Chicago’s notorious Area 3 headquarters, officers chained Day to an interrogation room wall, and denied him access to food, water, a washroom, his family and an attorney. Nevertheless, Day maintained his innocence and repeatedly denied knowledge of and involvement in the murders. However, after approximately five more hours of verbal and physical abuse, including choking, slamming Day against a wall, and threatening to throw Day out of a window, the officers coerced Day into signing two false confessions – one for the Garcia murder and one for the Irving murder. The substance of the “confessions” was based on details officers spent hours feeding Day so as to make the “confessions” appear credible.

Nonetheless, at his first trial, for the murder and attempted robbery of Garcia, Day was found not guilty. Prior to his trial for the Irving murder, Ralph Watson contacted the prosecutor and recanted his witness statement stating that the statement was false and the product of officers’ coercion. Despite Watson’s recantation, Boudreau told the jury that he used the Watson’s false statement to get Day to confess. Even though officers had located an eyewitness for the Irving murder, prosecutors didn’t call any eyewitnesses at trial, and Officer Anthony Watson falsely testified that they were unable to locate any.

No reports detailing the unlawful manner with which the Officer Defendants’ conducted witness interviews [in the Irving investigation] were turned over to the prosecutor or the defense. Consequently, Mr. Day had no way of knowing any witnesses could be called to provide exonerating testimony…. At the close of the trial, Mr. Day was found guilty of murder and attempted armed robbery. He was sentenced to 60 years in prison for first-degree murder, and 15 years for armed robbery to run concurrently.

For decades Mr. Day maintained his innocence and said his false confessions were coerced.

In 2017, the Illinois Torture Inquiry and Relief Commission found that Mr. Day’s statements about being tortured were credible. On December 18, 2018, Mr. Day’s convictions in the Irving case were vacated, the case was dismissed, and after 26 years – having lost his entire adulthood to that point – he was released from prison. On April 4, 2019, the court granted Mr. Day’s motion for a certificate of innocence.

Today Mr. Day, age 46, works as an attendant at Goodwill Industries. At the time of his arrest he was living with his mother and grandmother, and had extended family who lived nearby. While he was wrongfully incarcerated, his grandmother died (2004), his father died (2001), and he lost two aunts and two uncles as well. He wasn’t permitted to attend any of their funerals.

Loevy & Loevy is one of the nation’s largest civil rights law firms and has won more multi-million-dollar jury verdicts than any other civil rights law firm in the country. Steven Greenberg is a nationally recognized expert defense attorney repeatedly called upon by the national media to offer his legal insight as a guest on Headline News, Fox News, CNN, and CBS.