In March 2019, the FBI informed Pearson of the hack; Pearson failed to have systems in place to discover the hack on its own. Corporate officials delayed for four months before sharing the information with their students and parents. To date they still have not disclosed its full extent.

As recently as 2017, Publishers Weekly listed Pearson as the largest publisher in the world. The firm bills itself as the “world’s learning company” and operates in several dozen countries and all 50 U.S. states. Its international headquarters is in the United Kingdom, and has principal places of business in San Antonio, TX and Bloomington, MN.

The hack of Pearson is part of a disturbing trend targeting children’s data and exposing it on the dark web. As the suit notes, “Education technology platforms are popular targets for cyberattacks given the young age and vulnerability of the victims and the sensitive nature of the data stored therein. Criminals increasingly seek out children’s data because children are less likely to check their credit reports or implement credit freezes, giving criminals longer periods of time to utilize a child’s stolen identity.”

The class action suit, Kylie S., individually and as legal guardian for her minor daughter K.S., individually and on behalf of all other similarly situated individuals, v. Pearson PLC, doing business as Pearson Clinical Assessments and NCS Pearson, Inc., No. 1:19-cv-05936, is available here. It was filed by Loevy & Loevy Attorneys at Law. 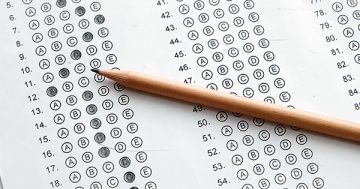