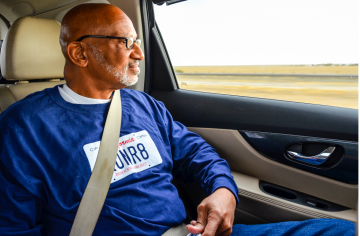 Horace Roberts spent two decades behind bars for a murder he didn’t commit. Today, he filed a federal civil rights lawsuit against Riverside County and the officers who allegedly framed him.

Roberts was a forty-year-old U.S. Marine Corps veteran and father of two when officers of the Riverside County Sheriff’s Department allegedly framed him for the murder of Terry Cheek in 1998. After spending two decades in prison, Roberts was exonerated in 2017 with the help of the California Innocence Project. Roberts maintained his innocence throughout the twenty years he was behind bars.

Conclusive DNA evidence shows that Roberts had nothing to do with Cheek’s murder. In fact, no forensic evidence has ever tied Roberts to the crime, and no eyewitness has ever implicated him. Instead, the suit alleges that evidence suppressed by Riverside officers showed that other men, including Cheek’s estranged husband Googie Harris Sr., were responsible for the crime. Today, Googie Harris Sr. and his nephew Joaquin Leal stand accused of the murder and are awaiting trial.

Roberts’ complaint alleges that Riverside officers “abandoned their role as unbiased investigators, decided first that Plaintiff was the killer, and then manufactured a case against him.” The defendant officers allegedly fabricated police reports, witness testimony, and other false evidence in order to frame Roberts.

Roberts was convicted of Cheek’s murder in 1999 and received a sentence of 15 years to life in prison. For twenty years, Roberts was wrongly imprisoned in dangerous maximum-security prisons, unsure if he would ever be free again. He was taken from his family and friends, and he missed much of the lives of his son and daughter. Once a well-respected professional at Quest Diagnostics, Plaintiff’s reputation in the community was ruined by the defendant officers’ alleged misconduct.

Roberts issued the following statement on the filing of today’s lawsuit: “This lawsuit represents a chance for me to finally tell my story. It is a story that I could not tell for so many years because I was incarcerated for a crime I did not commit. I hope this lawsuit will bring to light the injustice that I suffered and cause officials and lawmakers to look carefully at reforming our criminal justice system. It is a system that is broken. It is a system that has and will continue to result in innocent people spending decades behind bars for things they did not do. While I cannot get the time I lost back, it is not too late for reforms that will prevent the same kind of injustices from happening in the future.” 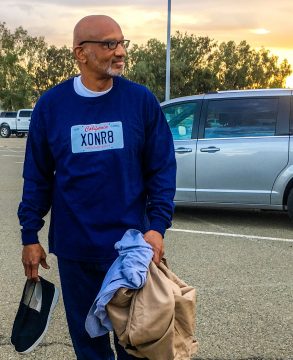 “The wrongful conviction of Horace Roberts was a tragedy for Horace, for Terry Cheek and her family, and for the entire community in Riverside County,” said Steve Art, one of the attorneys representing Roberts. “Horace was sent to prison for a crime he did not commit. Terry’s real killers were not brought to justice. And the defendants in this lawsuit let the true perpetrators loose on the street for decades, where they were free to terrorize the community. In this lawsuit, we intend to hold those responsible accountable for this great miscarriage of justice.”

Roberts is represented by Jon Loevy, Steven Art, Anand Swaminathan, David B. Owens, and Alison Leff of the civil rights law firm Loevy & Loevy, as well as the Law Office of Jan Stiglitz.

Copies of the federal suit can be found here.