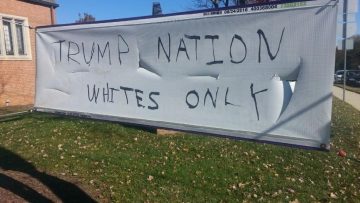 Our country has a deep, gaping, abyss of a racial wound, though many white people have tried to pretend it’s not there. Remember the naïve, wishful claims being spouted after President Obama’s election, that America was a “post-racial” society and our country had transcended its racially problematic history? Many white people proudly declared racism a thing… Read More