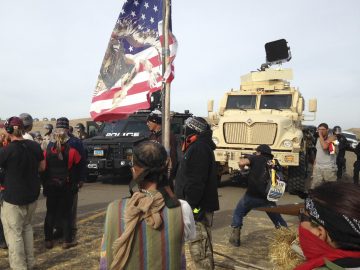 A militarized response to a peaceful protest has no place in a civilized democracy. Such a response shows how our government systems often seek to protect the profit interests, at the expense of the marginalized. And that’s what we see as the government tries to shut down the protests at Standing Rock Sioux Reservation, although this time the protesters appear to… Read More