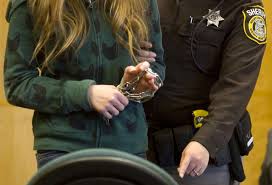 A court in Wisconsin recently ruled that two twelve-year-old girls who stabbed a friend nearly to death, in order to appease a fictional online horror character called Slender Man, should be tried as adults. If ever there was a crime that epitomizes a child doing a horribly stupid thing because her adolescent brain was not… Read More