After spending 11 years in prison for a rape he did not commit, Carl Chatman filed suit last month against his accuser, Susan Riggio, and the police officers who allegedly withheld evidence that would have cleared him.  The alleged attack happened in one of the most prominent, politically sensitive buildings in the city — the… Read More 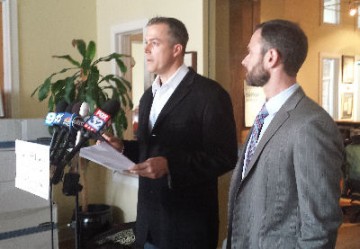 Construction Giant McHugh Used Sham Subcontractors to Funnel Money Away from Women and Minority-Owned Firms CHICAGO, 5/1/14 – A politically-connected construction giant used half a dozen of the biggest recent public works projects in Chicago as part of a multi-year scam to siphon off government money intended for the City’s women and minority-owned businesses, a… Read More