Propublica reports that a new Department of Justice study says that nearly one-half of sexual assaults in prison are committed by prison guards. The study, which covered the years 2009 to 2011, notes that “Correctional administrators reported 8,763 allegations of sexual victimization in prisons, jails, and other adult correctional facilities in 2011, a statistically significant… Read More

Prison litigation presents unique challenges.  For those interested in learning from experienced practitioners, the Loyola University College of Law in New Orleans, LA has organized a Feb. 7-8 conference in New Orleans to address specific topics around the pitfalls and rewards of litigating cases on behalf of prisoners. The conference will include panels on topics… Read More

In what many observers saw as an open and shut case, two suburban Los Angeles police officers were nonetheless acquitted this month in the 2011 beating death of Kelly Thomas, a homeless man.  Criminal prosecutions of officers accused of unlawful violence against civilians are rare.  Even more rare are criminal prosecutions of cops which result… Read More

This week, the Honorable Paul Biebel, president judge of the Criminal Court of Cook County, granted Loevy & Loevy client Daniel Taylor a certificate of innocence. Fellow exonerees Nicole Harris and Deon Patrick also received their certificates of innocence at the same time. Duaa Eldeib and Steve Mills of the Chicago Tribune write: In the span of… Read More 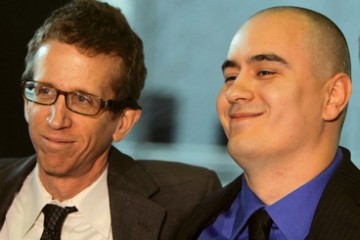 In January 2012, Loevy & Loevy client Thaddeus Jimenez (TJ) was awarded $25 million by a federal jury. After a weeks-long trial led by Jon Loevy, Locke Bowman of the MacArthur Justice Center, and Stuart Chanen of Valorem Law Group, the jury found that a Chicago police detective had framed TJ as a teenager for… Read More

In getting Juan Rivera Jr. to confess to a 1992 murder and rape he didn’t commit, investigators pushed the Lake County man to the brink of “madness” in one of the most “monumentally, psychologically abusive interrogations” in Illinois’ history, Rivera’s attorneys said Tuesday. “They just decided they were going to solve this crime, and they… Read More 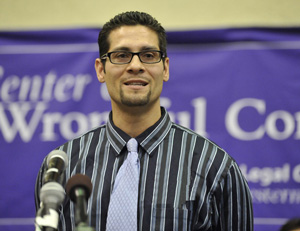 Judge Leinenweber of the U.S. District Court for the Northern District of Illinois recently ruled on motions to dismiss in Juan Rivera’s civil rights case, allowing nearly every claim to proceed. Dan Hinkel has the story for the Chicago Tribune here.

Steve Mills expertly tells the story of Daniel Taylor’s first steps as a free man in the Chicago Tribune. Mills writes: The prison moments never seem far away. When his brother calls from another room, he hesitates before stepping out of his bedroom, as if he needs permission to leave. In a crowd, his eyes dart back and… Read More 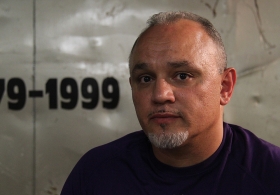 In December of 2011 Jacques Rivera was released from prison after spending 21 years behind bars for a murder he did not commit.   Two years later, Jacques is talking to WBEZ’s Alison Flowers about his life after freedom. There are small luxuries in Jacques’s new life, such as the French Vanilla coffee he drinks out of a red Disney… Read More